Last weekend was a special one for me, being able to spend A’s birthday privately with her in Bangkok.
I think people might think we are mad at the rate we’re visiting Bangkok. Heh!
We just love this place too much!

During this visit, we also checked out Le Cabinet de Curiosites of Thomas Erber,
an internationally acclaimed annual exhibition, exploring both Thai and international arts.
It was a feast for the eyes!
This is the fifth year Le Cabinet de Curiosite was held and this time round,
it was hosted by Siwilai Concept Store and Central Embassy, a brand new luxury mall in the heart of Bangkok.

In this event, we saw more than 70 pieces consisting of a Lotus Arts de Vive crocodile sculpture,
pieces by Thai silk company Jim Thompson, a P-Tendercool haute manufactured table,
the lightest jacket ever made by Officine Generale, and an exclusive urban city bag by Maison Takuya.

Central Embassy was also like an art piece on its own – look at those beautiful and clean lines!

This mall just blew my mind because to be honest, I’ve never seen SO many luxury brands under one roof in Bangkok!
There was also many beautiful cafes on the higher levels in Central Embassy, and Siwilai Concept Store can also be found in here.

I love Siwilai Concept Store. The selection of merchandise is superb and the whole feel of the store was fab!

Thank you Central Group for hosting us at the event! It was superb and a big treat for our eyes and minds!

A and I extended our stay because it was A’s birthday that week.
After searching high and low for the perfect hotel, we settled for Hotel Muse.
I chanced upon this hotel while I was searching for boutique hotels in Bangkok, this one caught my eye instantly.
I like how it is slightly European, near city but not in the middle of the hustle & bustle.

The hotel interior was absolutely gorgeous.
For a while, I forgot that I was in Bangkok (until they started greeting me). :p
We know a lot of hotels always serve welcome drinks, Hotel Muse did so too,
but they served 4 shots instead of serving us 2 glasses of fruit punch!
2 of the 4 shots served was alcoholic – yum yum! 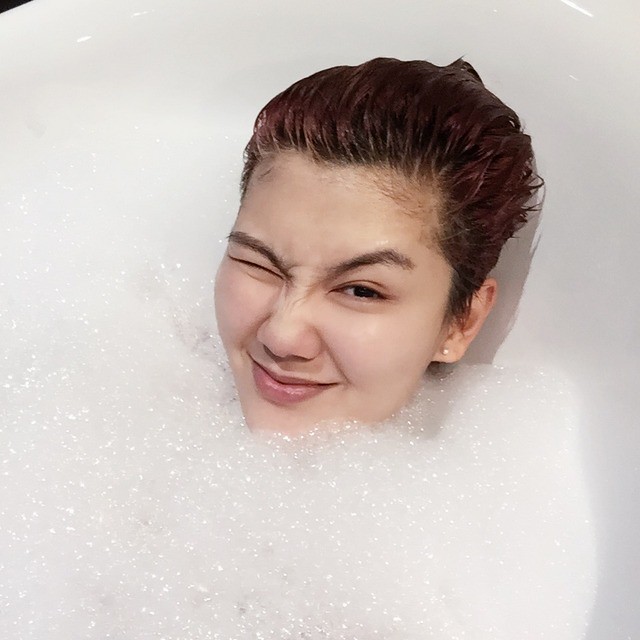 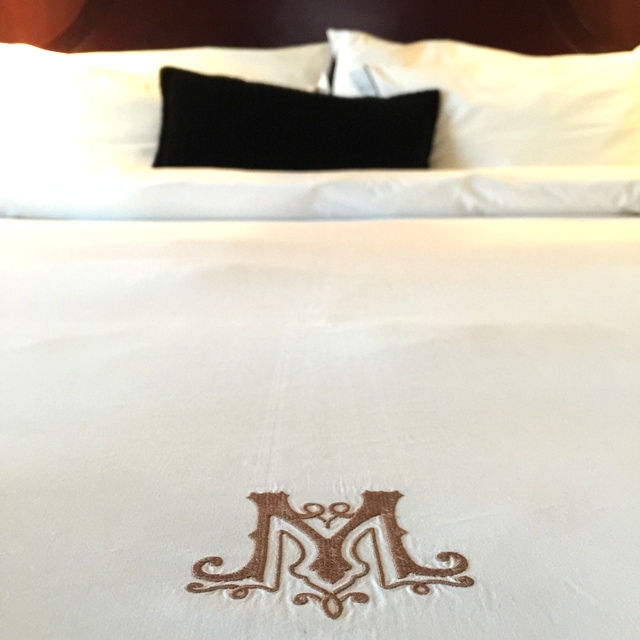 A and I haven’t been to a cat cafe in Bangkok before.
And by some twist of events (we arrived at Talad Rot Fai too early), we ended up at Makura Cat Cafe!
It is at the street just right next to the entrance to Talad Rot Fai, so we went in to kill some time.

I don’t know why all the cats here are so cute.
We saw a couple of “street” cats in the cafe which was really nice!
They were being “pimped” (hahaha, in a way, they are right?) to act cute in front of customers but at least
the owners protect them with rules and regulations; and give them a good home. 🙂

On our way back to the hotel, the taxi driver didn’t see the hotel and went a little further down the road.
As we were walking back, we heard some massive meowing down a dark alley.
A and I decided to just find out what’s going on and we found a little kitten stuck between two branches!
A carried it down and it immediately looked relieved!
We didn’t have any cat food on us so I went to a nearby convenience store hoping to get some cat food.
Sadly, they didn’t sell any cat food and I ended up with a can of tuna and some clean drinking water.

(A said everyone gave her dirty looks while I was away, as if she was some cat abuser)
Hahaha!

The kitten was so cute! It has no tail though, I hope it’s not the case of some psychotic cat abuser nearby.
Anyways, it really made our day, knowing that there is one less hungry cat in Lad Phrao are that night.
We spotted some dried cat food around so there must be feeders around.
Hope the little kitten will grow up into a strong boy.

I am usually the sort who would skip breakfast.
But having heard a lot about the breakfast served at Hotel Muse, we woke up bright and early the next day.

The breakfast spread was splendid – good range of western and Asian food, and they also have free flow of champagne!

Decadent. Mmm. But I like it! Heh! :p
It was served at the highest level of the hotel so the view was fab too! 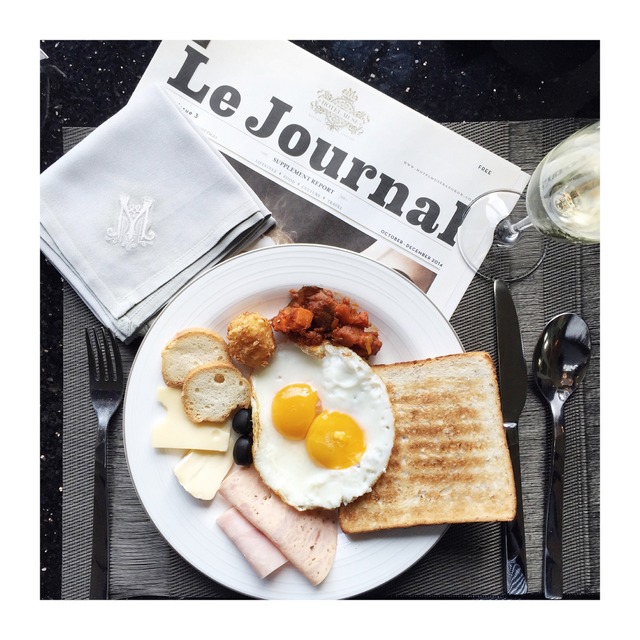 That evening, we also had dinner at Medici, an Italian restaurant located at the basement of Hotel Muse.
We really weren’t expecting too much, thinking it was just a regular Italian restaurant.
But boy! We were so wrong!
It was really lavish and I really love the decor of the place.
The kitchen was an open-concept one so it was really a feast for our eyes,
as if we were watching Hell’s Kitchen or something. (But there wasn’t scolding la. Heh!)

Halfway through our meal, there were also live opera performances!
The singers just mingled amongst the guests and started singing. How cool right!

We had a beef carpaccio to share, my main was a white truffle pasta (it was SO AROMATIC AND TASTY!),
and A had her favourite steak, cooked to perfection!

The prices were pretty affordable for the standard of the food served.
The Head Chef also took time to make small talks to the guests and explained more about the food that we had.

Their desserts were so freaking good too! 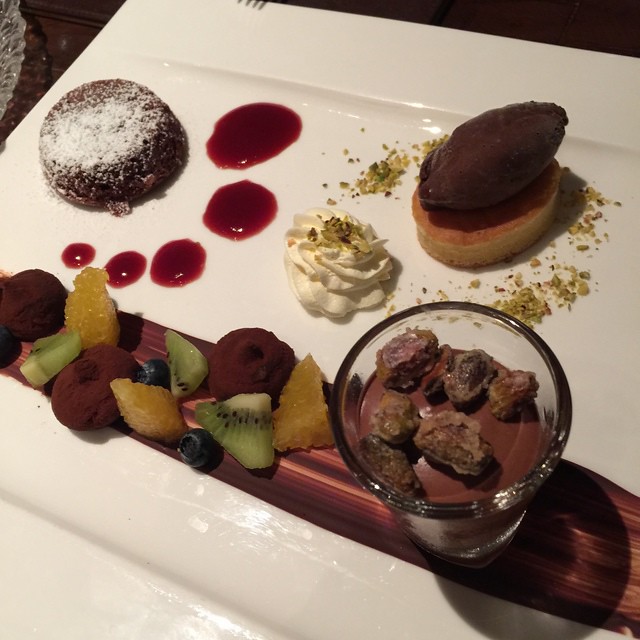 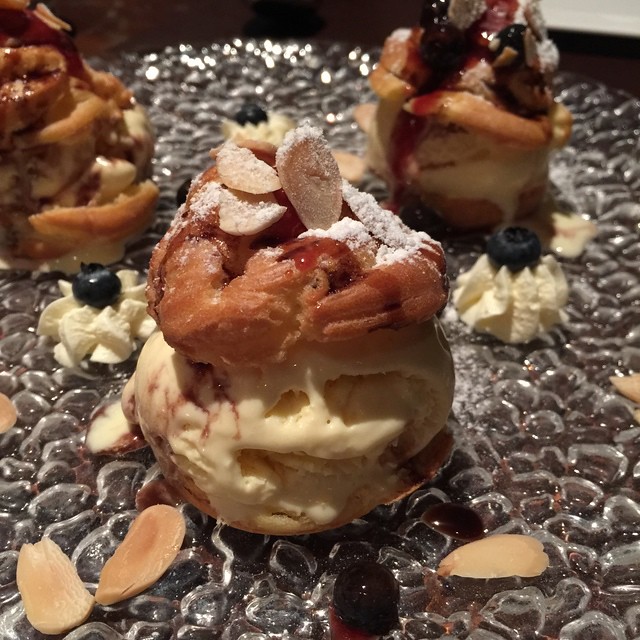 We really couldn’t ask for a better birthday dinner for A! ❤

After dinner, we also had drinks at SpeakEasy, a rooftop bar located in Hotel Muse itself.
I think A and I are starting to enjoy just chilling around instead of hardcore partying as we get older.
😡
SpeakEasy is a gorgeous place, and I really love the view of the domed roofs of Hotel Muse! 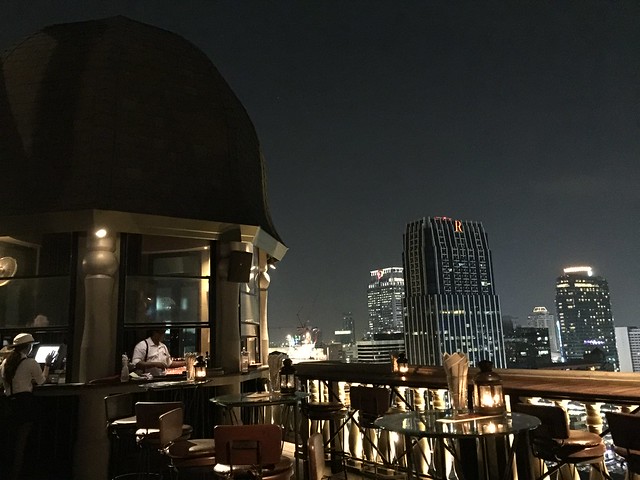 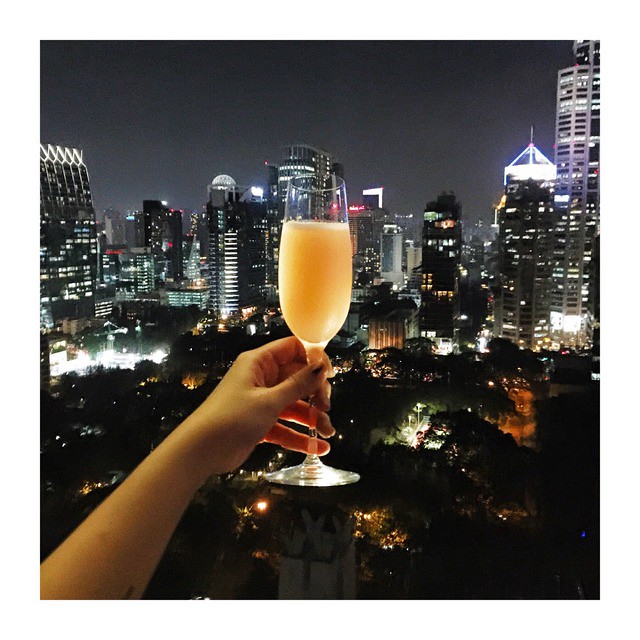 I’ll put up another blog post for another two “cat cafes” we visited and also the Alpaca Cafe soon!
See you in three days! :p