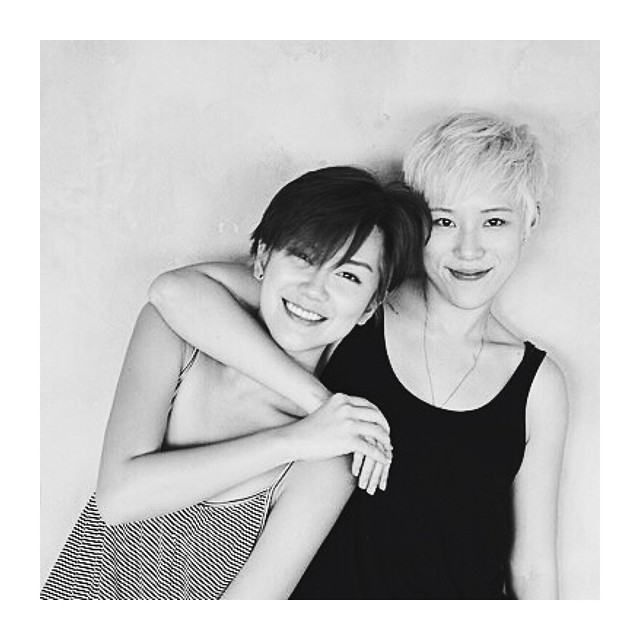 I have once had a “friend” come up to me and asked me in the face why I chose to be a lesbian,
and is it whether because I don’t like cocks.

Maybe she thought she had a good sense of humour, but I was honestly quite offended
because I’m quite sure she wasn’t talking about the rooster.

And because a person with higher EQ would know how to choose his/her words more carefully,
not in this insensitive and an almost-mocking manner.
I hope she didn’t go around asking her childless female friends why they do not have children,
and whether it is because they don’t like their husbands’ penises.

See what I mean?
These are personal choices, no?
This “friend” I have is just thick. Period.

Sexuality is not a choice. You cannot decide whether you want to be straight, gay or bisexual.
It just happens. The attraction to whoever you’re programmed to fall in love with just happens.
It’s like when you’re straight, you cannot choose to be gay.
And when I say you cannot be gay, it is not just physical but also emotional.
But face it, even if your medical research claims that it CAN be a choice,
it’s only courteous to respect others’ life choices as long as it doesn’t hurt you no?
Just because you do not like to eat pancakes, doesn’t mean I cannot have pancakes for breakfast everyday ya?

If you don’t know who K.D. Lang is, it is the first name that came to mind when I am thinking of a typical “butch”.
Not all lesbians are butches, and similarly, not every girl who has short hair is a lesbian.
Surprise surprise!
There used to be lots of terms to label lesbians – butch, femme, androgynous, etc.
And tons more to describe the different combinations of these three types.
To me, I think it is most unnecessary because anyone could be a lesbian, no matter how their appearance is like.

Dear men, we do not hate you.
Except if you do things that even a straight woman would hate you.
Lesbians are not alpha-males trapped in a woman’s body, and we are not planning a genocide of men
so we can have all the women in the world.
We still need you around to help us lift heavy boxes around.

If you ever wondered how lesbians are like in their daily life, wonder no more because we are no different from you.
We drink coffee, we queue to get into clubs, our poop is also brown, and we struggle with life.
More so, if you choose to make it difficult for us.

Lesbians do not lead drama-mama lifestyles like the leads in The L Word (not all are so hot too, obviously).
They also want a fulfilling career, a happy family – things that every human being wants.

Women don’t BECOME lesbians because they were once hurt by men, or some from a sad family background,
or suffered from child abuse during childhood.
Not all women who were once in girls’ school become lesbians too. Please see Point One.

There is no medical evidence to suggest that human papilloma virus, a precursor to cervical cancer, is less common in lesbians.
And as much as sexual activities between women are not really sex, it does not mean that they are less susceptible to viruses.
So, when should one start having Pap Smear tests? Age 21. Straight or not.